Home » Beauty » THE REMARKABLE STORY BEHIND MADONNA AND CHILD PAINTING

THE REMARKABLE STORY BEHIND MADONNA AND CHILD PAINTING 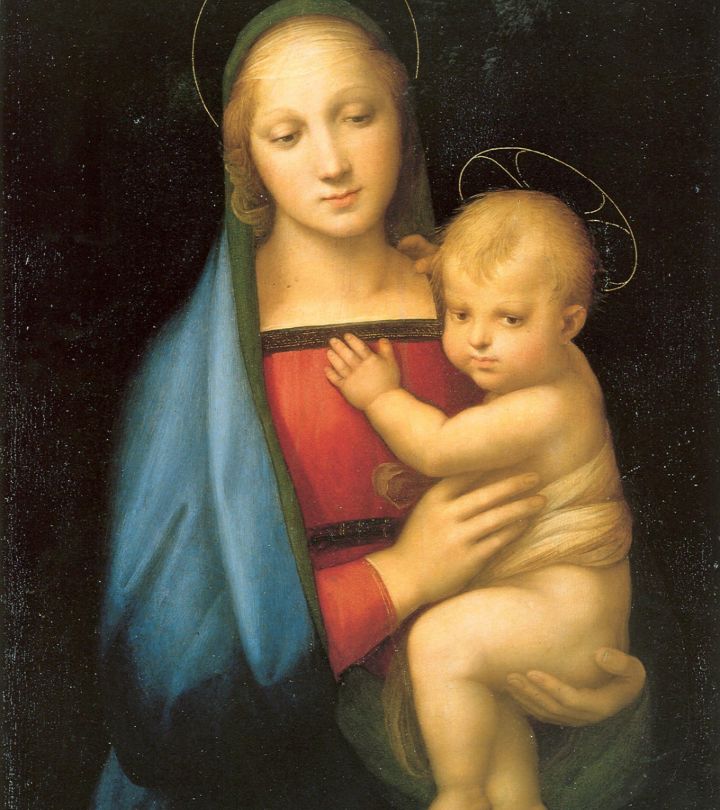 Traditional, as well as contemporary Christian art, is dominated by tender images of the Virgin Mary with her son. Right from the early 6th century AD, beautiful paintings created by renowned artists depict her gently cradling her haloed child on her lap.

Eventually, towards the 14th or the 16th century, the devotion increased magnanimously, with her assuming the role of the human mother to Jesus and a divine entity in herself. Over the next centuries, several painters attempted to capture different themes based upon similar ideas with the mother and the child emerging as the central figures.

One such exceptional oil on wood painting known as Madonna del Granduca was created by the famous Italian artist, Raphael in 1505.

The initial perception behind the painting is that The Virgin Mary is holding Baby Jesus in her arms with both of them having halos over their heads. Furthermore, a darker background is used so as to draw the complete attention of the viewer towards Mary and Jesus.

Apart from being dressed in a deep blown mantle and a red gown, Madonna is seen to have a veil over her head. As she looks down with her eyelid half-closed, it appears as if she is lost in thought. Meanwhile, Baby Jesus is sitting peacefully in the arms of his mother. He appears healthy and chubby, bearing a serene expression as he faces the direction of the viewer.

The Italian Madonna is hence greatly admired by art experts for its harmonious depiction of motherly love.

Madonna del Granduca is called so because it was owned by Ferdinand III, Grand Duke of Tuscany. He had bought it in 1799 for around $600. The painting was one among his most prized possessions and he carried it around with him wherever he went. As a result of this, art critics often referred to this painting as the Madonna del Viaggio (Italian for ‘journey’).

Raphael painted this marvelous piece of art while he was in Florence. The pre-eminent influences of Leonardo Da Vinci can be evidently seen in this painting. For instance, one can barely see Madonna’s eyebrows, just like in the Mona Lisa, wherein even her eyebrows were not prominently visible.

Additionally, an art expert can identify the use of the sfumato technique (a soft transition between different colors and tones), which is again inspired by Da Vinci’s style. The figures of Madonna and the Child flawlessly emerge from a comparatively darker background. They are affectionately bound together by the sentiment that largely derives from the gentle gesture of the Child, who while looking towards the audience is warmly pressed against his Mother.

The painting beautifully depicts the motherly love of the Virgin Mary for Jesus. The blue color of the mantle symbolizes her role as the Queen of Heaven. Furthermore, the red color of her gown symbolizes the blood of Christ, representing the crucifixion of Jesus.

Other Madonnas by Raphael

During his career, Raphael painted many Madonnas in different settings. Most of these artworks became hugely popular owing to the dignity, grace, and purity with which Raphael painted Mary, something other artists of those times seemed to lack.

Over time, the round format called a tondo started becoming popular in Florence, particularly for images of Madonna and the Child. However, the Alba Madonna which Raphael made in Rome in 1509 has more grandeur and greater seriousness than his intimate and serene Florentine Madonnas.

His experience with the art inspired by the grand history of Rome imparted a calm dignity and new gravitas to his art. In this painting, Madonna resembles a work of classical sculpture, and she no longer wears a contemporary dress but rather the robes of a Roman matron.

That’s not all! The sandals she has on are the ones worn by the Apollo Belvedere- a well-known ancient sculpture in the papal assortment! Hence, the influence of the Roman culture has been perfectly amalgamated within the basic creative frameworks of the Florentine artworks.

Today, Raphael’s greatest paintings seem so effortless that one does not usually connect them with the idea of hard and relentless work. To thousands of invididuals, Raphael is simply an artist who has created gorgeous paintings of Madonnas which are internationally acknowledged by art enthusiasts. And his contribution to the artistic movement of that time cannot be overlooked any day.

Thus, oil on wood painting like Raphael’s Madonna and the Child will be an excellent addition to the collection of any art connoisseur. In order to have such elite painting in your acquisition have a look at the authentic reproductions of the Madonna and the Child available on the online portal 1st Art Gallery and invest in such classic art pieces which will definitely add to the elegance of your abode. 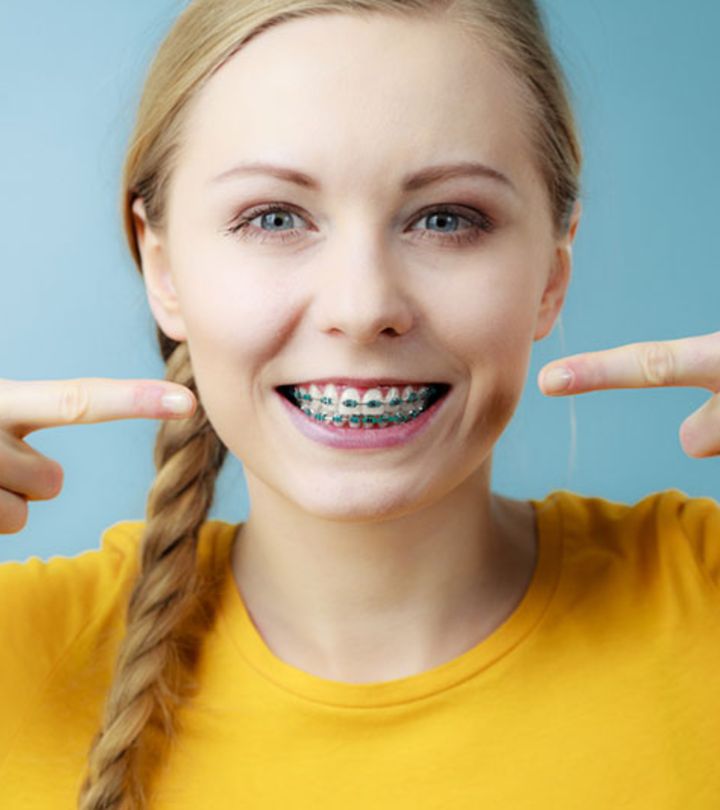 Tips to feeling more comfortable during your next Orthodontic visit ... 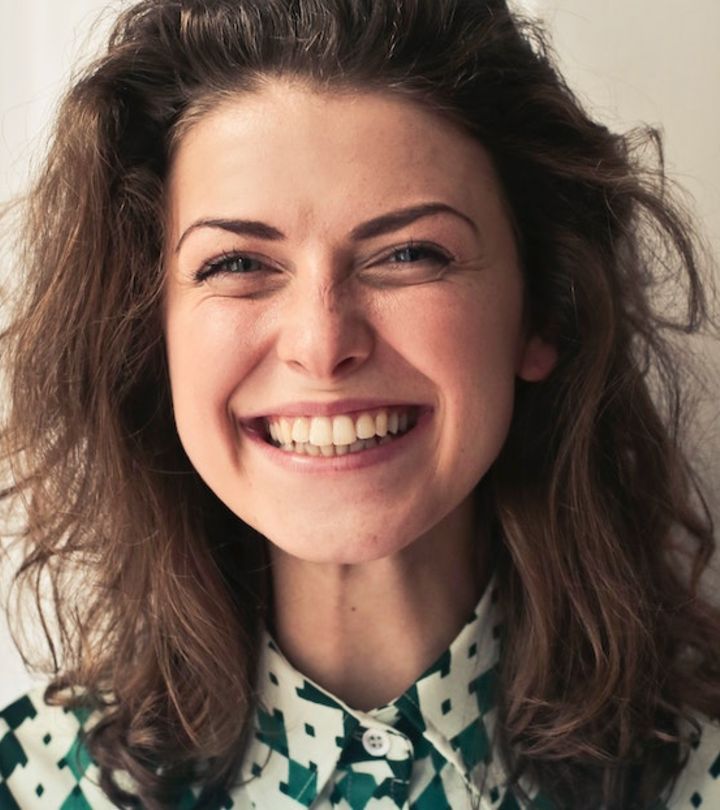 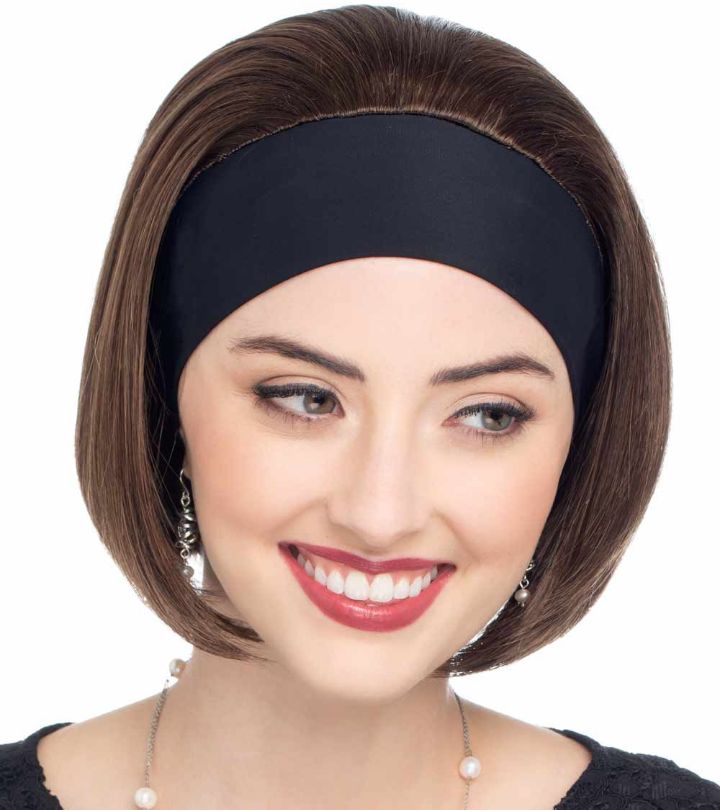 Why should you get a headband wig? ...

5 Most Common Causes Of Erectile Dysfunction And How Virectin Can Help ... 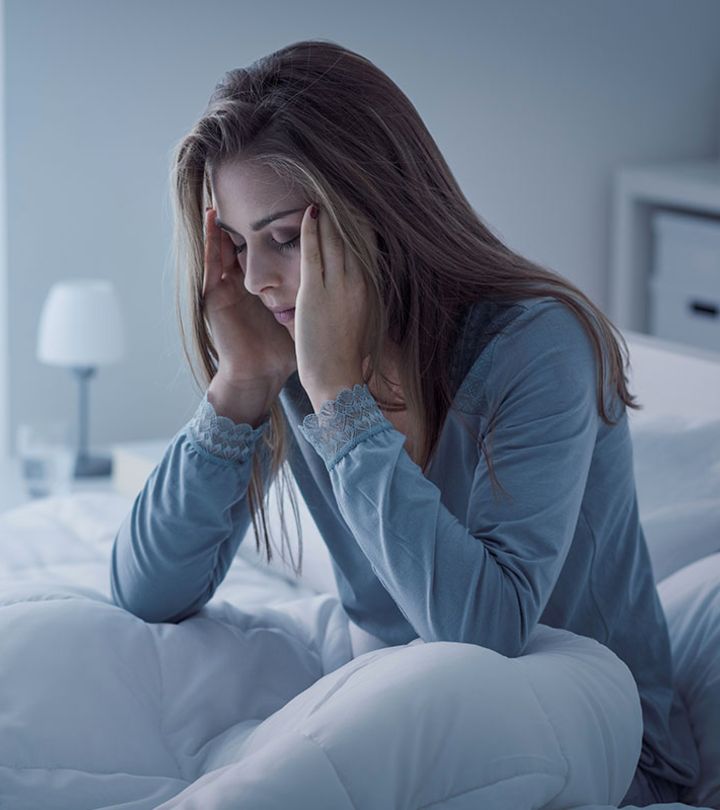 How to Sleep Better If You’re Stressed ... 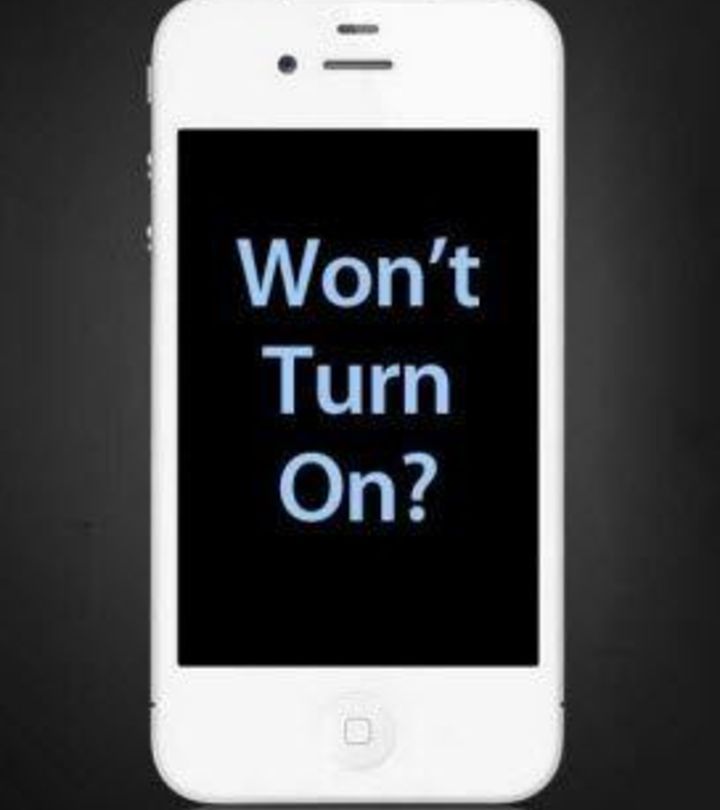 What to Do When Your Iphone Won’t Turn On ...